BigBadToyStore, an online retailer of licensed action figures, statues, toys, and collectibles, announces that they have entered into an agreement with the Hong Kong-based Storm Collectibles to be their Exclusive Official Online Retailer.

--------------
NEW PRE-ORDERS
--------------
Universes continue to collide! Transformers: Legacy brings together fan-favorite characters from across the Transformers multiverse. A robotic rhino, a punk frog, a space-bound turtle, and the return of the original Ninja Turtles bad guy! Super7’s latest wave of made-to-order 7” scale Teenage Mutant Ninja Turtles ULTIMATES! Storm Collectibles next figure is Geese Howard, the overseer of the Howard Connection and a supreme power behind the scenes in South Town. The second Gundam figure in the MGEX series is the Strike Freedom Gundam! Using his bolo-whip, ThunderCats hero Tygra can make himself appear invisible! This 7” scale highly articulated ThunderCats ULTIMATES! figure of Tygra is translucent clear with subtle white paint details on his forearms, head, legs, and chest logo. The choice is clear- you need this Invisible Tygra ULTIMATES! figure, available only from BigBadToyStore! In the Star Wars lore, Darth Revan’s journey from Sith to Jedi is evidenced by the color of his lightsaber blade! As a Sith Lord Revan wields the familiar red-bladed lightsaber, but as a redeemed Jedi Knight he brandishes a lightsaber with a purple blade! After a year in development, Tunshi Studio is proud to present the 1/12 scale Eri Kasamoto from Metal Slug 3. Paragon FX Group and Warner Bros. are proud to announce what is arguably one of Batman's greatest gadgets, the modular utility grapnel.

------------
NEW ARRIVALS
------------
By the power of… COOKIES! This ceramic cookie jar is sculpted to represent the fortress of Castle Grayskull. Glazed in Enternian green with washed accents, this cookie jar stands at 10.5" tall by 11" wide by 6" deep, and is an individually numbered limited edition, supplied in a gift box. There is more for MOTU fans! In addition to new Factory Entertainment arrivals, the Land Shark is here in the Mega Construx Probuilder series. The dream collaboration between My Little Pony and Hatsune Miku is coming to life through the Bishoujo series! It’s the second time Shunya Yamashita is designing Hatsune Miku for Kotobukiya, and this time it’s an adorable and fun design that looks as if she is singing together with the “Miku Pony,” created just for this collaboration! Appearing in countless comic and film adaptations, an updated version of Carnage is joining the ARTFX+ line. The Renewal Edition of the ARTFX+ Carnage statue features an updated base, legs, head with an even more malicious expression on his face. Kick your WWE collection up a notch with these WWE Ultimate Edition Brock Lesnar and Shawn Michaels action figures! First 4 Figures is proud to present this PVC collectible, the Hylian Shield from The Legend of Zelda: Breath of the Wild. We've got new DC Multiverse action figure in from McFarlane: Batrocitus, Nekron, Talon, Static Shock and Scarecrow! 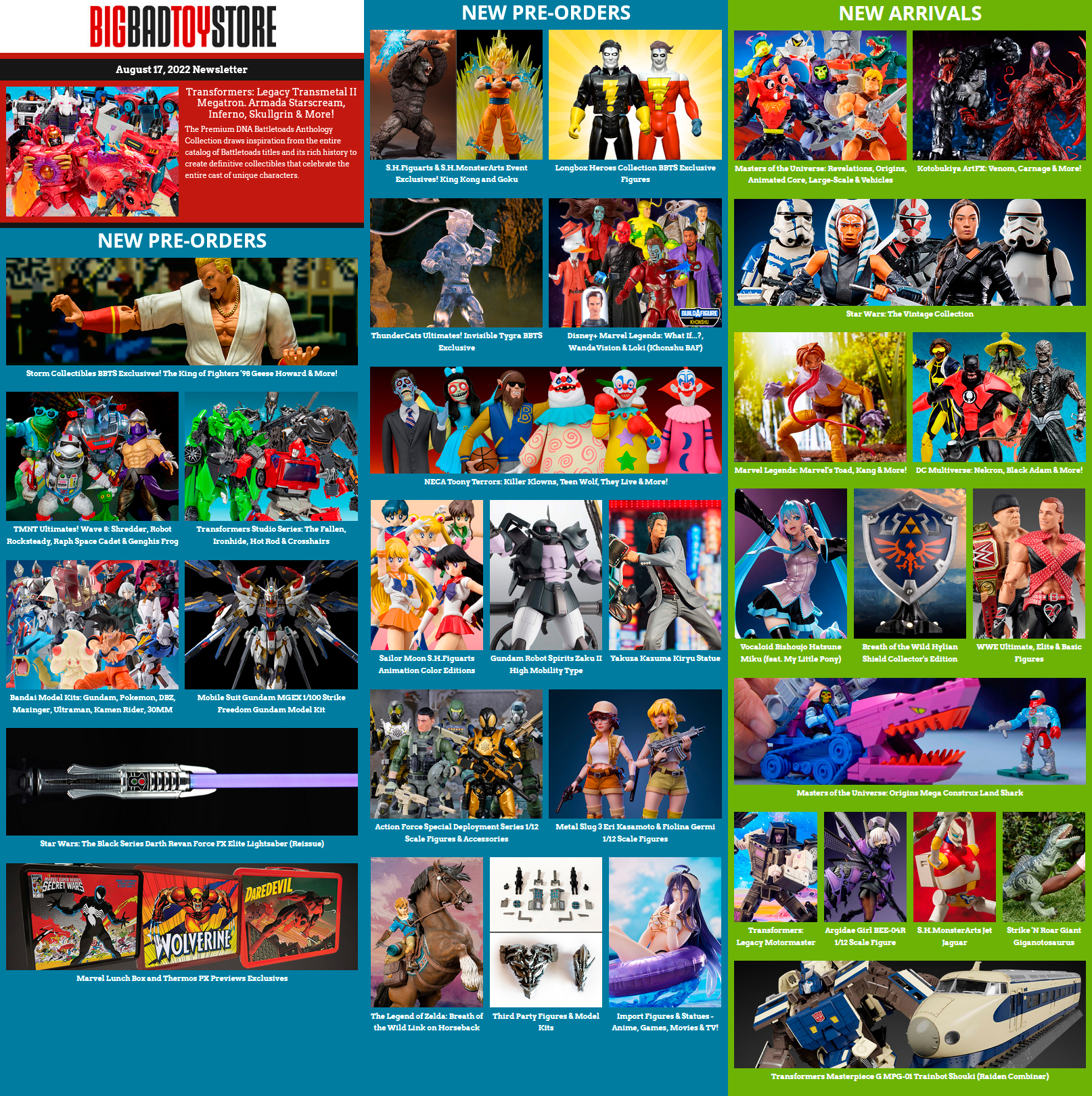