Official images and product description in italics below are from BigBadToyStore:
This Studio Series 86-11 Deluxe Class Transformers: The Movie-inspired Perceptor figure converts from robot to microscope mode in 20 steps. Remove backdrop to showcase Perceptor in the Battle of Autobot City scene. In the Battle of Autobot City scene from The Transformers: The Movie, Perceptor observes a fleet of incoming enemies. His cursory evaluation of Decepticon capability indicates a distinct tactical deficiency—or in other words: the Autobots are outnumbered! Pose the figure out with the included blaster accessory and imagine recreating this classic movie moment!

Studio Series has always allowed fans to reach past the big screen and build the ultimate Transformers collection inspired by iconic movie scenes from the Transformers movie universe. Now, the Studio Series line is expanding to include the epic moments and characters from the classic The Transformers: The Movie, bringing fans a whole new series of screen-inspired figures to collect!

Packaging:
Perceptor comes in the standard Studio Series rectangular box. This includes the 1986 Transformers: The Movie logo on the top, front and back in various sizes. He is marked as Studio Series 86 number 11. The box art is heavily based on his animation model with extra detailing and deeper colors. The back shows Perceptor in both modes calling out a twenty step transformation with the title of "Battle of Autobot City" above him. The box itself appears to be the last of the "plastic window" boxes. After this, future Studio Series figure waves won't have windows (ex: Junkheap does not have a window on his box). Inside, Perceptor is tied to a cardboard tray with artwork representing Autobot City on it. His display backdrop is behind that tray and shares the same design as previous Studio Series backgrounds.

The 1986 theatrical Transformers film introduced a large cast of new characters, but several familiar faces from the television show were also key characters in the movie. This includes the Autobot Scientist, Perceptor! Perceptor has popped in on the Transformers toy line now and then over the years. In 2006, there was a repainted Legends Class Red Alert repurposed as Perceptor in the Classics series. Then in 2011 there was a reimagined Perceptor as an ATV/robot in Reveal the Shield. More recently, Perceptor was released as a Titan Master in Titans Return. Each of those figures reinterpreted the character in some way, but this release is part of the Studio Series line, so the focus is on making a "screen accurate" version of the character as he appeared in both the TV Show and the 1986 film.

Accessories:
Perceptor comes with one accessory: his blaster. The base design has its origins in the original Perceptor action figure. That weapon was shrunk down a bit for the animated series, and it is that weapon this is based on. It has a very angled body with a barrel that grows thinner towards the end and a "magazine" (or power pack maybe?) on the bottom. This weapon has one 5mm peg and the barrel can fit Blast Effects. The weapon is made up of red plastic with no paint applications.

Robot Mode:
Previous Perceptor figures often reinterpreted the character somehow. Either it was some alt-timeline version like the Legends Class or it was a hybrid like the IDW/G1 combo that was the Titans Return version. This time out the designers used the G1 animation model as its foundation. This makes this version of Perceptor relatively blocky. Indeed, look at this chest, arms and legs and there are a lot of squares and rectangles here, but that matches brilliantly with the look of the animation model. Other key details are present as well including the design of his head with its high central crest and the microscope mode's "body tube" and "Ocular eye piece" to the left of his head.

A lot of the smaller details from Perceptor's animation model can also be found on this figure. This includes the dials from the microscope on the forearms, line details on the thighs and distinct trapezoid shapes on the lower legs. Compared to some other Perceptor figures this one actually has less bits and details all over it, but it is appropriate for what this figure is trying to achieve.

Perceptor is made up of red, light blue, black and clear plastic. Interestingly, the plastic is not quite the harder, shinier plastic usually seen on Transformers figures nowadays. Neither is the plastic soft PVC plastic. It feels like something in the middle between the two. That said, the figure feels really solid so no concerns from that perspective. Paint colors include light blue, silver, blue, black and the white outline of an Autobot symbol on the chest. The deco is nowhere near as intricate as the one on the Titans Return version (which was modeled after the G1 action figure) but it does look like the animation model jumped out from the cartoon and onto my desk!

There are twenty four points of articulation on this figure. This includes four in each arm and six in each leg. I'm also counting the ability of his shoulder cannon to move up and down and extend upward. He has a 5mm port in each fist, on the shoulders and lower leg. He has one more on the back for weapon storage. He also has a small port on the back for stands such as those made by Bandai to display figures.

Microscope Mode:
Perceptor's microscope mode has always been rather distinctive looking. Borrowing from his original G1 counterpart, the microscope pretty much looks like a robot's arms sticking up on the sides and legs serving as a base with a microscope's ocular eye piece in the middle and a tray under it for whatever Perceptor is examining. This figure has the same design and includes smaller requisite details like dials on the sides and no top. All the dials are sculpted into their respective parts so they are purely decorative and serve no function (versus the G1 Perceptor toy which was (ostensibly) a "functional" microscope).

There are no real color surprises in this mode since all these parts were clearly visible in robot mode.

I am really glad Hasbro decided to keep this mode. Sure it's just a simple variation of the microscope mode, but adding the tabs to "lock" it into place is a great touch. This form never appeared in the 1986 film (but he did briefly transform into his microscope mode) so I really appreciate the nod to the original toy.

Final Thoughts:
I would not call this figure the "perfect" Perceptor but it sure comes darn close. I would have liked the legs to "condense" a bit more in microscope mode and it would have been cool if he included the "missile launcher" weapon from G1. On top of that I'd love this sculpt to have the deco used on Titans Return Perceptor which was both modern but also used elements from G1 Perceptor's stickers. Recommended! 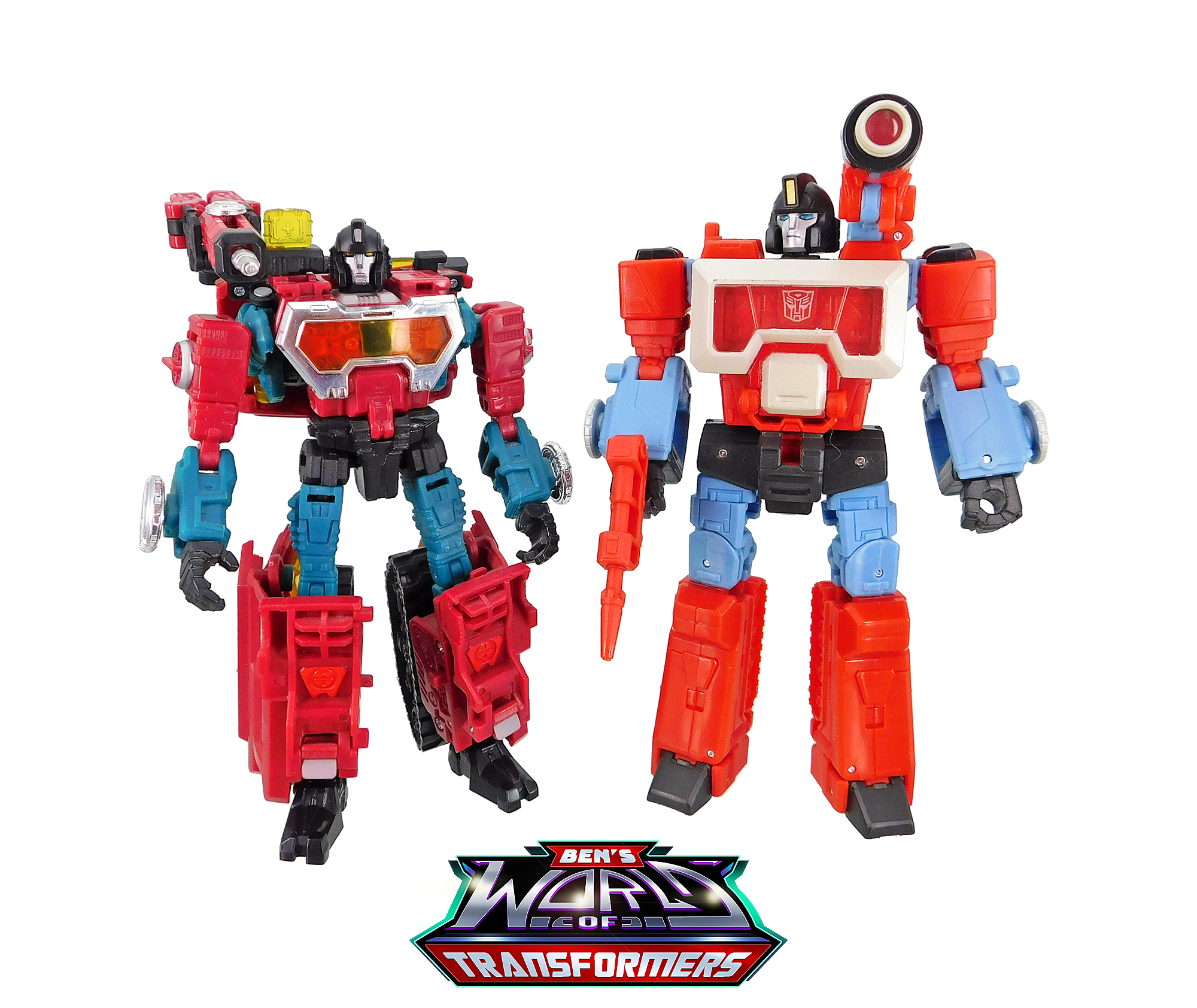